Posted by ian holloway at 23:43 No comments: 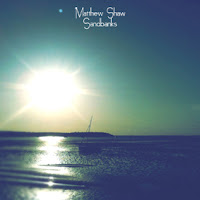 So, the question at hand is what to do with myself this year?

I have some ideas for new things for Wonderful Wooden Reasons which should be a bit of fun as long as I can get people on board with them.  It'll hopefully make the new issues a bit more of an event rather than simply a set of reviews.  More on this as it happens.

I've also a series of releases lined up for Quiet World by some really interesting folks starting with the delayed Matthew Shaw album in about a fortnight.

What I can't decide on is what to do with myself.  I've always loved teaching and I'm generally pretty good at it (even if I do say so myself) but this year has, so far, been a real chore.  Now this may well be a malaise following on from the hyperactive turmoil of the last two years but I'm bored.  I'm just not connecting with the subject matter or the students to the extent I usually do.  I teach in a rolling, interactive documentary style that relies heavily on my enthusiasm for the subject matter at hand and I'm worried that without that enthusiasm it just becomes a bloke droning on and I would rather quit than let that be the case.

So, what to do?  Lecturing is the one job (of many tried) that I found I was good at.  Do I leave and throw myself into something new or do I stick at it and try to reconnect. If it's the former I'll need to think what it can be. If it's the latter I think I'll need to redouble my outside interests to find a balance between work and play that will allow the good feeling that one of them engenders to infect the other.

i have a hangover so bad that I'm pretty certain I could kill with a single glance.

while you're not feeling sorry for me you may like to check out the Wonderful Wooden Reasons Best of 2012 issue which is now online.

hope you all have a fabulous new year.

Posted by ian holloway at 18:15 No comments:

Email ThisBlogThis!Share to TwitterShare to FacebookShare to Pinterest
Labels: best of 2012, this year i resolve to kill kill kill but that might be the hangover talking, wonderful wooden reasons
Newer Posts Older Posts Home
Subscribe to: Posts (Atom)