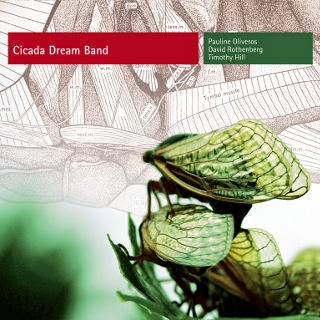 When we last heard David Rothenberg he and some friends were making beautiful Bug Music on his earlier Gruenrekorder release.  This new one finds him continuing along that unique path again in the company of vocalist Timothy Hill but joined also this time by the (as if you needed me to tell you this) accordion playing Pauline Oliveros.

CDB is a similar sort of creature to it's successor, which is no bad thing, but this time out the instrument seem to be taking a prominent role in the recordings.  Previously it seemed that Rothenberg was reacting to the insect's cavalcade of sound. Here the critters are more integrated into the music; as though the music was assembled around their exclamations.  It works really well but it does seem more deliberate and, for lack of a better word, 'composed' (which seems unlikely to me) than the previous.

It's a really lovely set.  Rothenberg is centre stage and on fine form, Oliveros is a more withdrawn presence but her contributions are precise and work particularly well alongside Hill whose vocalisations are restrained and avoid the overt (and for me very annoying) vocal gymnastics that many avant-vocalists are prone to.

Highly recommended and another in a long line of phenomenal releases from this eclectic and wonderful label. 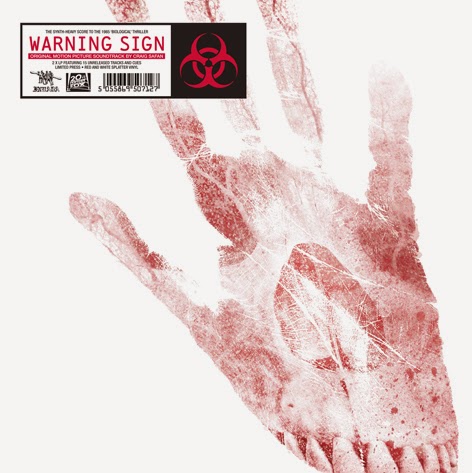 Safan is an American soundtrack composer with a long filmography that includes things such as 'A Nightmare on Elm Street 4: The Dream Master', 'The Last Starfighter' and the TV series 'Cheers' for which he provided all the original music except the theme.  Here though it's his electronic score for the ultra-obscure 1985 zombie movie 'Warning Sign' that concerns us.

I'm pretty sure you can take a fairly accurate guess from that date what this is going to sound like.  Recorded on the Synclavier synthesizer - the synth of choice for many 80s pop music stalwarts such as Sting, Genesis and Michael Jackson - 'Warning Sign' is awash with sounds that have been rendered utterly passé by overuse.  The polyphonic tones of the Synclavier though are rich and endearing and weighted with nostalgia and Safan manages for large parts of this soundtrack to conjure up and maintain some heavy, dramatic and occasionally melodramatic ambiences.  Sometimes they all come crashing down to earth with a (now) clichéd 'du du dum' noise but, as I said earlier, he's got a pedigree for this stuff and knows how to build and hold a mood. 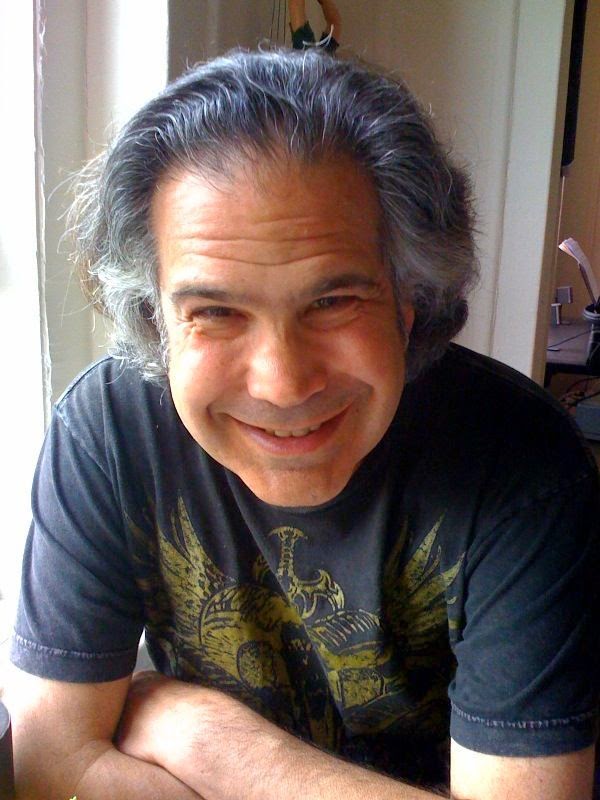 I've had a copy of this sitting around for a little while now and, as is my way, I've tried it in different environments.  Of them all it proved to be most at home in my car.  The cinematic scale of the compositions and the depth of the Synclavier's tones means it's perfectly suited to motorway driving; particularly at night as it decorates the journey with cyberpunk textures.

It is dated sounding and is lacking that certain spark that similar, and classic, soundtrack work of the same era such as 'Blade Runner' or some of John Carpenter's work has and as such I can't see it ever being more that a reasonably well thought of piece of cult ephemera but that's no bad thing. 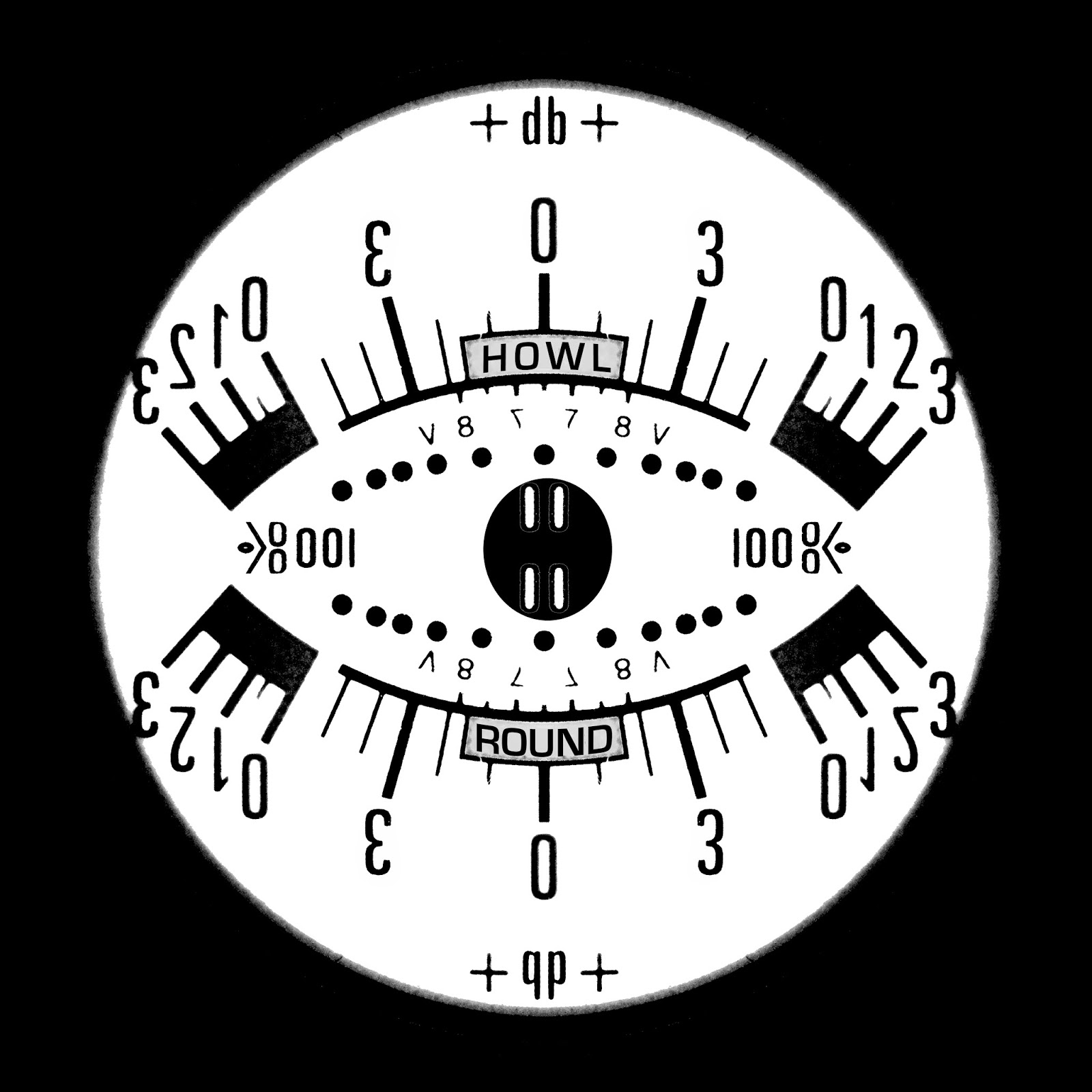 (A Year in the Country)
CD

This third album from London's finest manipulators of magnetic tape, Howlround, is a slow burning, deeply atmospheric corker.  Produced entirely from recordings made from the gate referenced in the title, the duo of Robin (the Fog) and Chris (Weaver) have coaxed a dizzying array of unsettling and even sorrowful sounds from this most functional of objects and have layered them to astonishing effect.

The Howlround modus is based very much on that of the early years of the BBC Radiophonic Workshop and as such they record their sound sources onto loops of tape of varying sizes which are then played via three tape recorders with all processing and editing done within the machines.  In this way the composition that the two have persuaded the tapes to reveal is as otherworldly and queasily creepy as it is beautifully earthy.  There's a gritty texture that evokes stories of the gate's history, it's place and it's age but through all that there is movement. The sounds expose themselves, transform and meld producing a piece of music that is at times introspective, at times vociferous and in a constant state of resurgence and restless agitation.

The end result as presented here is a piece of music that whilst acknowledging the debt it's playful manner of execution owes to the workshop of the 1960s, is, in conception, timeless and really rather fun.